Not too long ago America was a startup. It was just an idea, forged by visionaries who later became heroes. Through fits and starts they wrote a business plan – the Constitution – hired a CEO – George Washington – elected a board of directors – Congress – and set out to build better lives in a new land. In the process, they were able to change the course of history.

Fast forward to the present: America is now the leader of the free world. It didn’t happen by accident; it happened because we built a stable democracy, and because we built the largest and most resilient economy. We did this by encouraging and supporting entrepreneurs. America’s innovators led the world, first in the agricultural revolution, then in the industrial revolution, and more recently in the digital revolution.

It hasn’t always been easy. The cycles of innovation and entrepreneurism over our 250-year history led to the rise and sometimes the fall of different sectors of our economy, and regions of our country. But the fact remains: entrepreneurs are the bedrock of America’s economic success. Helping them succeed is essential to helping our economy grow, and creating opportunities for future generations. Indeed, our best hope for a bright future is doing everything we can to ensure we remain the world’s most innovative and entrepreneurial nation.

That’s why I joined with the President in 2011 to launch the Startup America Partnership (now UP Global) – a groundbreaking effort that supported the growth of entrepreneurial communities in regions across the United States. It’s why I joined the President’s Council on Jobs and Competitiveness, and before that the National Advisory Council on Innovation and Entrepreneurship. It’s why I advocated on behalf of the Jumpstarting Our Business Startups (JOBS) Act two years ago, and also why I am doing my part to encourage bipartisan support for immigration reform. And it’s why I am proud to now join the Presidential Ambassadors for Global Entrepreneurship (PAGE) – a first-of-its-kind collaboration between American entrepreneurs, the White House, and multiple government agencies including the State Department, the Commerce Department, and the U.S. Agency for International Development (USAID).

The goal of PAGE is simple: to help inspire the next generation of entrepreneurs, both at home and abroad. Of course, we always want to – and should – put our own country first, and be sure we are doubling down on entrepreneurs here in America so we can grow our economy, create jobs and remain competitive. But we need to recognize that it’s in our own self-interest, as well as humanity’s interest, to do what we can to help other countries strengthen their economies and civil societies.

The ethos that pervades America’s vast startup ecosystem – namely, a culture of risk-taking and the willingness to fail in pursuit of a big idea – is one we should actively export abroad. It offers the best hope for opportunity and social mobility, giving people something to strive for and providing the foundation upon which stable economies and political systems are built. We’ve learned firsthand the important role entrepreneurs have played in creating opportunity (“the American dream”) in America, and now it’s time for us to take that message to the world.

Frankly, after advocating stridently for policies to advance America’s own entrepreneurial economy, I was initially reluctant to jump on the global bandwagon. But I saw firsthand the impact an entrepreneurial approach can have when the Case Foundation helped form a venture capital firm in the West Bank. While the challenges in the region remain significant, the startups now emerging in the West Bank are beginning to light a spark of hope. And we’re even seeing some startups employ both Israelis and Palestinians, who are able to work side by side (often, sadly, via remote technologies, given the difficulties of moving back and forth across the border), and this too creates that sense of hope and possibility – especially for a younger generation that is desperately seeking a positive and constructive path to a better future.

More recently, I’ve watched the global expansion of Startup Weekend, a network of passionate leaders and entrepreneurs on a mission to inspire, educate, and empower individuals, teams and communities. The success, growth and promise of Startup Weekend led us to merge the Startup America Partnership with it to create a new umbrella organization, UP Global, which I now proudly chair. Startup Weekend will host over 1,000 events this year – more than 70% of them outside the U.S. And today, in conjunction with the launch of PAGE, we are proud to announce a new UP Global initiative – Entrepreneurs Across Borders – an ambitious program made possible by the support of the Case Foundation and Google for Entrepreneurs that will pair 100 highly successful entrepreneurs with one of 600 cities across the world where UP Global has a presence. We’re excited to share more on Entrepreneurs Across Borders in the coming weeks. I’ve seen firsthand the power of exporting the ideals and principles of entrepreneurship and am incredibly enthusiastic about the good that will come from these new initiatives.

So while we should continue to do all we can to build the U.S. economy and support our own entrepreneurial sector, now’s the time to broaden our focus, and seek to inspire the world. That’s what the Presidential Ambassadors for Global Entrepreneurship will aim to do. It’s a big challenge, to be sure, but it’s one we need to tackle. I am thrilled to join with Rich Barton, Tory Burch, Helen Grenier, Reid Hoffman, Sal Khan, Quincy Jones, Daphne Koller, Hamdi Ulakaya, Nina Vaca and Alexa von Tobel as the initial ambassadors. And I am grateful for the leadership and support of President Obama, Secretary of Commerce Penny Pritzker, Secretary of State John Kerry, and USAID Administrator Raj Shah.

Together, we are committed to creating for others the same opportunities that were afforded us – with the hope, and the expectation, that perhaps this entrepreneur-centric effort can play a small part in helping to build a safer and more prosperous world.

Steve Case is one of America’s best-known and most accomplished entrepreneurs and a pioneer in making the Internet part of everyday life. He currently serves as Chairman and CEO of Revolution LLC, a Washington, D.C. based investment firm he co-founded in 2005.
follow @stevecase Learn More 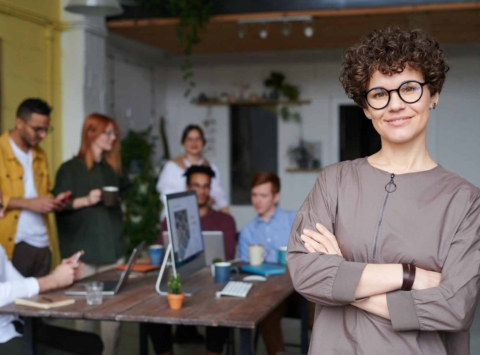 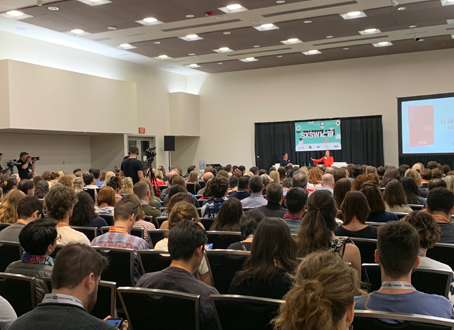